The Golden Age of Comics

The Golden Age of Comic Books is the name of a period in the history of American comics that lasted (according to various estimates) from the late 1930s to the late 1940s and early 1950s. During this period, analogues of modern comics began to be published, in which some of the most famous superheroes appeared for the first time, including Superman, Batman, Captain America, Wonder Woman and Captain Marvel.

The beginning of the Golden Age is considered the first appearance of Superman in Action Comics #1, which was published in 1938 by DC Comics. Between the beginning of 1939 and the end of 1941, DC and its subsidiary All-American Comics created such popular superheroes as Batman and Robin, Wonder Woman, Flash, Green Lantern, Aquaman and others, and Timely Comics, the forerunner of today’s Marvel Comics, published comics with such characters as the Man-Torch, Namor and Captain America.

Although the DC Comics and Timely Comics characters are the most famous characters of the time, the most popular comic book series of the period was the Captain Marvel series by Fawcett Comics. About 1.4 million copies were sold. Another character that has remained popular for a long time is Quality Comics’ Plastic Man, as well as the detective Spirit by cartoonist Will Eisner.

After the end of World War II and the dropping of the atomic bomb in the mid-1940s, the content of comics at that time changed. Superheroes with nuclear powers began to appear, such as Atomic Thunder and Atomic Man.. In addition to these serious characters, animals with similar abilities appeared during that period, such as Atomic Mouse and Atomic Rabbit. The characters also began to fight the communists, and some described the Korean War.

After the end of World War II, the popularity of superheroes declined, and in an attempt to maintain readership, publishing companies began to produce westerns, science fiction, and horror titles, resulting in the cancellation of many series. 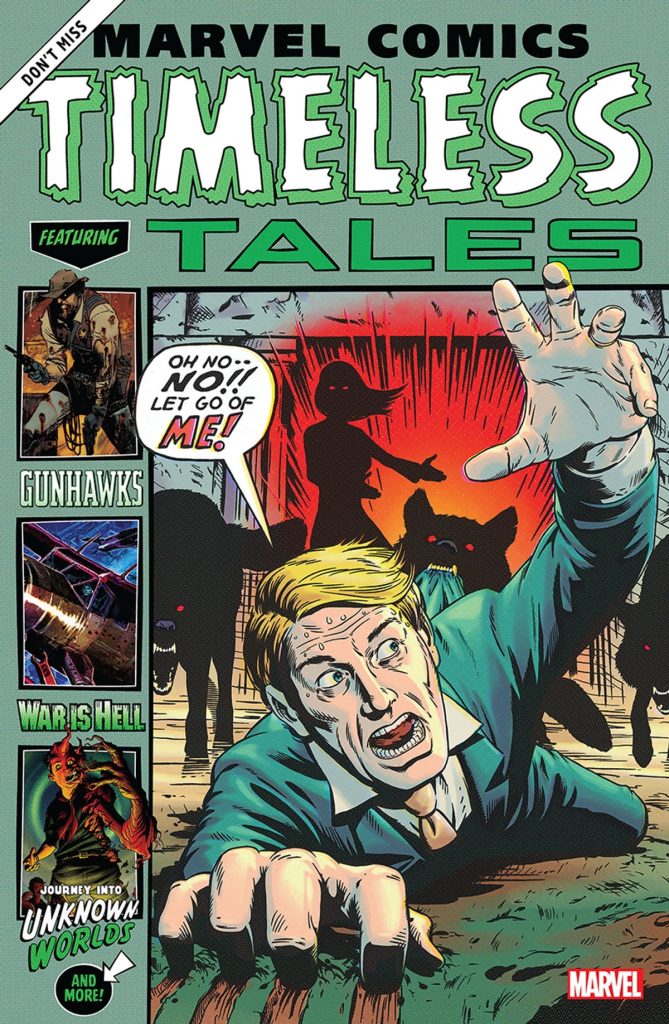 The Silver Age of Comics

Comics about superheroes, which for a while gave way to detective and horror comics, are becoming popular again, due to the strengthening of censorship. Invented the concept of the “multiverse” in the world of comics, thanks to which there was an opportunity to restart many series that had become too monotonous and start them from a clean slate, allowing the characters to be revealed in a different way.

1960s-1970s Again on the rise, and the biggest event was the appearance in August 1962 of the Spider-Man comic book, created by writer Stan Lee and drawn by artist Steve Ditko.

The loosening of censorship contributed to the fact that comics again began to move to more “adult” topics – alcohol and drug abuse, environmental pollution, racism.

1970 New Boom made a series of comics “Conan the Barbarian” based on the novel by Robert Howard.
1970-1980 years The fierce competition in the comic book business between the two largest companies, Marvel and Dell, begins. Dell begins to republish comics from the 30s and 50s, and Marvel Comics responds with a series of original and interesting Spider-Man adventures.
1977 Three months before the release of George Lucas’ sensational fantasy film “Star Wars”, the company “Marvel Comics” began publishing a series of comics based on the scenarios of this film. “Star Wars” exceeded all expectations, breaking all record circulations. The Warner Communications agency also did not sleep, attracting readers with the characters of Hulk, Doctor Strange, Dick Tracy and Flash Gordon. Later, feature and cartoon films were made based on these comics. Even the music magazine “Heavy Metal” pleased with an avant-garde comic book of the best European artists.
1980s — 1990s The comics industry is in full bloom.
1984 The real sensation was created by “Ninja Turtles”, released by Mirage Studious, scriptwriters Kevin Eastman and Peter Laird. A series of comics is produced, an animated series of the same name (1987) and a feature film (1991) are released. The modern era of comics

1986 – the first episode of the Watchmen comic is released, which is considered the beginning of an era.
1988 The company Mirage Studious sells part of the rights to Teenage Mutant Ninja Turtles “Archie Comics”. The comic under her auspices was called TMNT Adventures. This series actually started the spread of comics about TMNT in other countries. In the UK, these comics were published by Fleetway Publications.
1989 was the fiftieth anniversary of Batman. To this year, a series of comic books and a feature film “Batman” were shot, in which such famous actors as Michael Keaton (Batman) and Jack Nicholson (Joker) participated, the film became the highest-grossing American box office in the history of cinema in the current year.
1990 The series “Classics in illustrations” is released, which included “Moby Dick”, “The Raven”, poems by Edgar Poe, “Great Expectations” by Dickens, “Alice Through the Looking Glass” by Lewis Carroll.
1993 Matt Groening (the author of the comic “Life in Hell”) together with his colleagues creates the “Bongo Comics Group”. They produce many comics based on the cartoon series “Simpsons”. And later “Futurama”.
2000 Marvel Comics reboots the most popular classic comics for a modern generation. Under the common name Ultimate Marvel (Modern)
The company “Dark Horse” begins to print comics based on films such as “Alien”, “Predator”, “Terminator”. At a time when comic book companies are competing with each other, the “Walt Disney Company” is engaged in the release of children’s stories with Mickey Mouse, Goofy, Donald Duck and other characters, being as if out of competition.

Rock music is another theme that appears in the comics of the 90s, stories in pictures were published about almost all rock stars. Almost all themes and events in the Persian Gulf in 1990 were even reflected in the comics, and they were especially keenly perceived by the Americans. Comics with a bias towards pornography and violence also appeared. This attracted the attention of the American Institute of Art Censorship. Strict measures were taken – on the covers of the most “brave” comics there are inscriptions “Only for adults” (English Adults only!).