The history of electricity

The first phenomena of electricity were observed in ancient China, ancient Greece and India several centuries before our era. The first to discover electricity was the ancient Greek philosopher Thales. It happened in 600 BC: once rubbing amber against wool, he noticed that the stone can attract small objects between which an electric current occurs. Amber in ancient Greece was called electron. The word electricity also came from him.

In 1600, William Gilbert, the court physician of Queen Elizabeth of England, using an electroscope, proved that not only amber can attract objects. Sapphire, diamond, amethyst and opal have these properties. He wrote the work “On Magnets and Magnetic Bodies”, in which he explained his knowledge of electricity and magnetism. It was Gilbert who introduced the concept of “electricity” into scientific circulation.

In 1650, the German burgomaster and scientist Otto von Gerike created the first electric machine of its kind. It was a ball of sulfur. If it is quickly rotated and rubbed, it can attract and repel light bodies. After the machine was improved by French and German scientists. 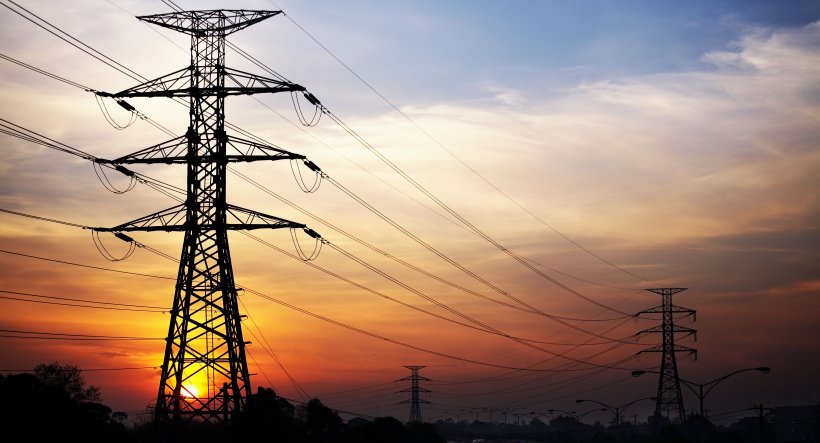 The Englishman Stephen Gray in 1729 discovered the ability of substances to conduct electricity. He introduced the concepts of non-conductors and conductors. The next person to create electricity was the physicist Charles Francois Dufet. In 1733, he discovered 2 types of electricity: “glass” and “resin”. One appears in precious stones, glass, and wool, and the other in silk, amber, and paper.

The next stage in the history of electricity dates back to 1745, when the Dutch mathematician and physicist Pieter van Muschenbroek discovered the ability of a glass jar covered with tin foil to accumulate electricity. It was the world’s first electric capacitor, called a Leyden jar.

2 years later, physicist Jean-Antoine Nollet invents a device for assessing electric potential – the electroscope. In addition, the scientist discovered the property of the studied phenomenon to flow from sharp bodies much faster than from others. In 1747-1753, Benjamin Franklin, researching electricity, invented a lightning rod and put forward the idea of ​​an electric motor. He introduced the concept of two charged states “-” and “+” into scientific circulation. He was the first to use an electric spark to ignite gunpowder.

Charles Augustin Coulomb, a French physicist, in the period 1785-1789 conducted research on the location of electric charges on the surface of a conductor. He introduced the concepts of charge polarization and magnetic moment.

The Italian physician and anatomist Luigi Galvani discovered in 1791 that electricity is produced when a living organism collides with two dissimilar metals. Today, his idea is the basis of the modern electrocardiograph. 4 years later, Alessandro Volta studied the Galvani effect and proved the fact that an electric current occurs between dissimilar metals as a result of the interaction of a special conductive liquid. Vasyl Volodymyrovych Petrov established in 1801 that electric current can heat conductors of electric arcs and gases. He also put forward an opinion about its use for melting and brightening metals.

Hans Christian Oersted, a Danish physicist, established in 1820 the connection between magnetism and electricity. He laid the foundation of modern electrical engineering. But in 1827, the German scientist Georg Simon Ohm discovered Ohm’s law – the fundamental law of electricity, which establishes the relationship between voltage and current.

The discoveries of the English physicist Michael Faraday in 1831 led to the development of a new field – electrical engineering. Further discoveries are related to the creation of electric motors, the telephone, generators, radio, telegraph. Electricity began to be introduced into medicine. In 1878, the streets of Paris were lit up with arc lamps for the first time, and the first power plants appeared.

Thus, in the process of development of this phenomenon, the concept of electricity was formed. Electricity is a truly unique phenomenon, which is determined by the properties of matter to produce an electric charge.

Today, a person simply cannot imagine his life without such a good as electricity: light in apartments, telecommunications, household appliances. All this works thanks to electrical voltage. But it is worth remembering that this phenomenon is dangerous without observing the appropriate safety rules.

It is impossible to imagine modern civilization without electricity, and even a couple of hundred years ago, science fiction writers who wrote about its use in everyday life hardly believed that it would become so widespread. But nowadays electricity is literally everywhere, and its discovery and taming gave human civilization a powerful push forward, providing it with energy.